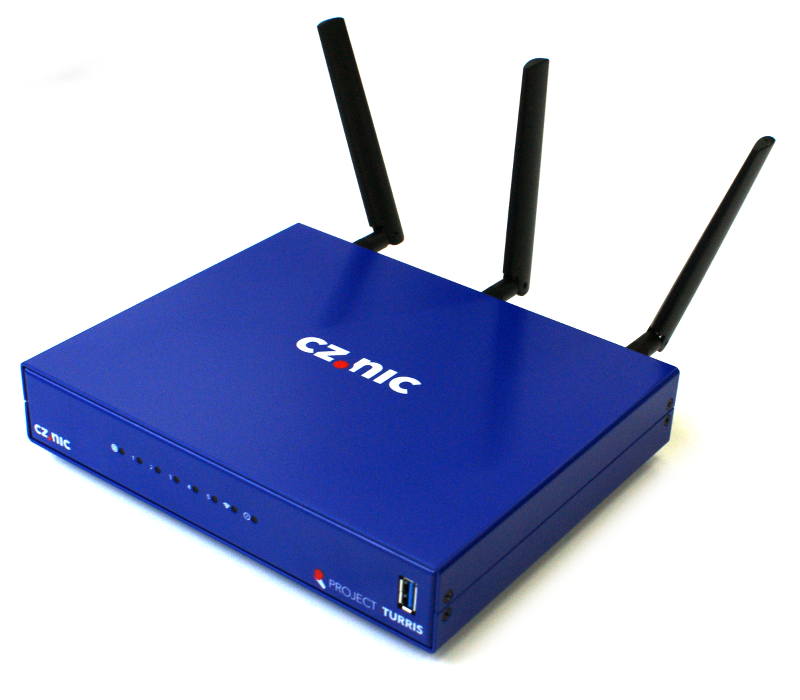 The name of the Turris project is based on a Latin word for tower - building often used to warn of approaching danger.

The Turris router can, besides serving as a normal home router, also analyze the traffic between the internet and the home network, and identify suspicious data flows. Similarly to a watchtower, it then alerts the Turris central of a possible attack. At the system headquarters, it is then possible to compare data from many connected Turris routers and asses the security status of detected traffic.

In case an attack is detected, corresponding updates are prepared and distributed to the whole Turris network, thus helping to protect all its users.

Due to the research nature of the project, we rented the device to selected users for a symbolic price of one Czech crown. In order to participate in the project, the user is required to commit to using the Turris router as the main internet gateway for his network for a specified period of time, and not to intervene in data collection. This part of the project ran between the years 2013 and 2015 and we don’t distribute any additional devices at this point.

Another possibility how to join the research is to buy Turris Omnia. Turris Omnia is our new router which is built on experience we collected with the Turris routers and the Turris Project as a whole. It has state of the art hardware but uses the same operating system as the Turris routers with automatic updates and other features. For more information check omnia.turris.cz.

Because we do not want to slow down your internet access by security analysis, we are developing our own high-performance hardware for the Turris router. It allows for protecting a home network without sacrificing transfer speed.

The Turris router contains a modern operating system with remote updates and an innovative system for security analysis of network traffic.

Enhancing security of your network is the main goal of our project. Besides the passive protection offered by a secure operating system, there is the additional benefit of distributed adaptive firewall.

Much attention was paid to protection of privacy and sensitive data. More information about specific measures is available on the linked page.
Hardware
Software
Security
Privacy

Openness is important for us. Therefore all the software running on the Turris router is released under a free license. In fact, even the hardware design is open.